As AI adoption continues to ramp up exponentially, so is the discussion around and concern for accountable AI.

While tech leaders and field researchers understand the importance of developing AI that is ethical, safe and inclusive, they still grapple with issues around regulatory frameworks and concepts of “ethics washing” or “ethics shirking” that diminish accountability.

Perhaps most importantly, the concept is not yet clearly defined. While many sets of suggested guidelines and tools exist from the U.S. National Institute of Standards and Technology’s Artificial Intelligence Risk Management Framework to the European Commission’s Expert Group on AI, for example they are not cohesive and are very often vague and overly complex.

O’Sullivan was one of several panellists to speak on the topic of accountable AI at the Stanford University Human-Cantered Artificial Intelligence (HAI) 2022 Spring Conference this week. The HAI was founded in 2019 to advance AI research, education, policy and practice to “improve the human condition,” and this year’s conference focused on key advances in AI.

Topics included accountable AI, foundation models and the physical/simulated world, with panels moderated by Fei-Fei Li and Christopher Manning. Li is inaugural Sequoia Professor in Stanford’s computer science department and codirector of HAI. Manning is the inaugural Thomas M. Siebel Professor in machine learning and is also a professor of linguistics and computer science at Stanford, as well as the associate director of HAI.

Specifically, regarding accountable AI, panellists discussed advances and challenges related to algorithmic recourse, building a responsible data economy, computing the wording and conception of privacy and regulatory frameworks, as well as tackling overarching issues of bias.

Predictive models are increasingly being used in high-stakes decision-making for example, loan approvals.

But like humans, models can be biased, Himabindu Lakkaraju, assistant professor at Harvard’s business school and department of computer science (affiliate) and Harvard University.

As a means to de-bias modelling, there has been growing interest in post hoc techniques that provide recourse to individuals who have been denied loans. However, these techniques generate recourses under the assumption that the underlying predictive model does not change. In practice, models are often regularly updated for a variety of reasons such as dataset shifts thereby rendering previously prescribed recourses ineffective.

In addressing this, she and fellow researchers have looked at instances in which recourse is not valid, useful, or does not result in a positive outcome for the affected party such as general algorithmic issues.

They proposed a framework, Robust Algorithmic Recourse (ROAR), which uses adversarial machine learning (ML) for data augmentation to generate more robust models. They describe it as the first known solution to the problem. Their detailed theoretical analysis also underscored the importance of constructing recourses that are robust to model shifts; otherwise, additional costs can be incurred, she explained.

As part of their process, the researchers carried out a survey with customers who applied for bank loans over the previous year. The overwhelming majority of participants said algorithmic recourse would be extremely useful for them. However, 83% of respondents said they would never do business with a bank again if the bank provided recourse to them and it was not correct.

AI deep learning has been making huge progress, said the professor in the department of electrical engineering and computer science at the University of California at Berkeley but along with that, she emphasized, it is essential to ensure the evolution of the responsible AI concept.

Data is the key driver of AI and ML, but much of this exponentially growing data is sensitive and handling sensitive data has posed numerous challenges.

Individuals have lost control of how their data is being used, User data is sold without their awareness or consent, or it is acquired during large-scale data breaches. As a result, companies leave valuable data sitting in data silos and don’t use it due to privacy concerns.

“There are many challenges in developing a responsible data economy,There is a natural tension between utility and privacy.”

To establish and enforce data rights and develop a framework for a responsible data economy, we cannot copy concepts and frameworks used in the analog world.Traditional methods rely on randomizing and anonymizing data, which is insufficient in protecting data privacy.

New technical solutions can provide data protection in use, she explained. Some examples include secure computing technologies and cryptography, as well as the training of differential language models.

Song’s work in this area has involved developing programming rewriting techniques and the development of decision records that ensure compliance with privacy regulations such as General Data Protection Regulation (GDPR) and the California Consumer Privacy Act (CCPA).

“As we move forward in the digital age, these issues will only become more and more severe,”to the extent that they will hinder societal progress and undermine human value and fundamental rights. “Hence, there’s an urgent need for developing a framework for a responsible data economy.”

De-biasing: A concept still in progress

It’s true that large enterprises and corporations are taking steps in that direction, O’Sullivan emphasized. As a whole, they are being proactive about addressing ethical quandaries and dilemmas and tackling questions of making AI responsible and fair.

However, the most common misconception from large corporations is that they’ve developed procedures on how to de-bias, according to O’Sullivan, the self-described serial entrepreneur and expert in fair algorithms, surveillance and AI.

In reality, many companies “try to ethics wash with [a] simple solution that may not actually go all that far,” Oftentimes, redacting training data for toxicity is referred to as negatively impacting freedom of speech.

She also posed the question: How can we sufficiently manage risks on models that have impossible large complexity?

With computer vision models and large language models, the “notion of de-biasing something is really an infinite task,” also noting the difficulties in defining bias in language, which is inherently biased.

“I don’t think we have consensus on this at all,”

Still, she ended on a positive, noting that the field of accountable AI is popular and growing every day and that organizations and researchers are making progress when it comes to definitions, tools and frameworks. 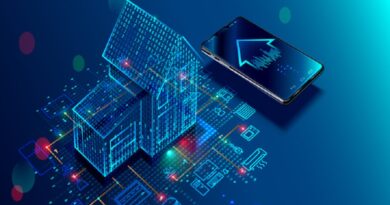 What are IoT-powered Smart Homes and How are they Revolutionising Everyday Lives? 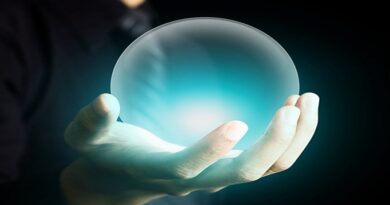 Predictions for cloud computing in 2021 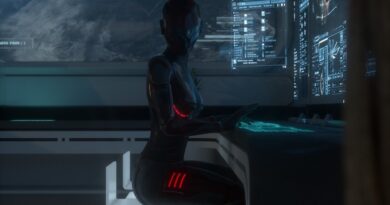 Cybersecurity’s Next Frontier: 80+ Companies Using Artificial Intelligence To Secure The Future In One Infographic